Super late list but after making the 2020 list I wanted to make one for 2019. This is a short post on what I found were the best albums of 2019. Another year of pretty lackluster rap releases.

5. When We All Fall Asleep, Where Do We Go? - Billie Ellish 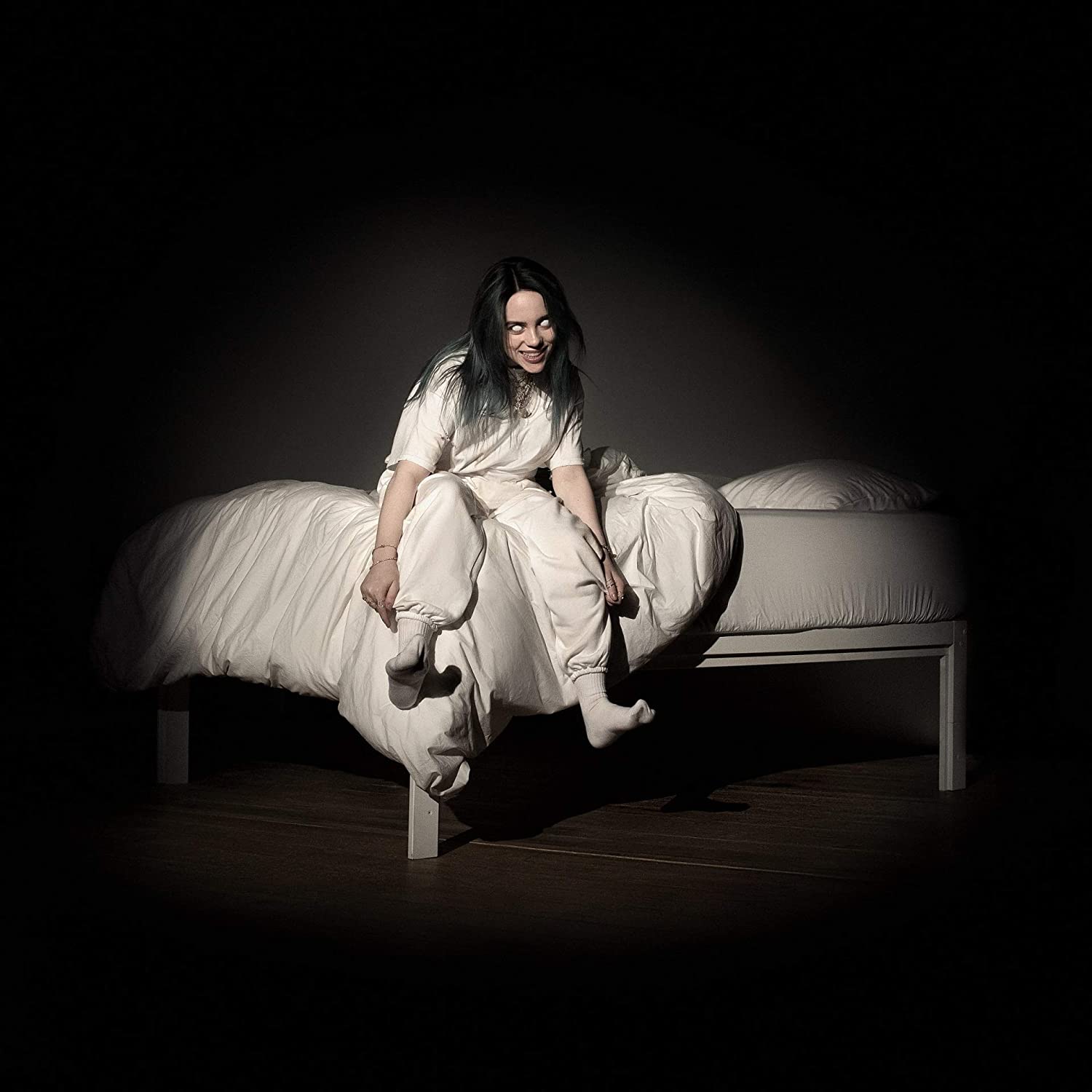 This album is dark. There are hints of a monster and lucifer on a lot of the tracks but most notable on “all the good girls go to hell”. The song “my strange addiction” uses the hilarious “The Office” sample of the episode about “Threat Level Midnight” with Michael Scarn. There are songs based around unrequited love on the songs “when the part is over”, i love you”, and “wish you were gay”.

Songs like “listen before i go” has lyrics that are memorably dark:

Take me to the rooftop

I wanna see the world when I stop breathing

Tell me love is endless, don’t be so pretentious

“goodbye” ends the album drawing lines from all the previous songs on WHEN WE ALL FALL ASLEEP, WHERE DO WE GO?, in reverse album order in a poetic way to wrap up both the themes and motifs associated with each song.

Best tracks: bad guy, all the good girls go to hell, wish you were gay, 8, bury a friend, listen before i go, i love you, goodbye

Worst tracks: when the party’s over

4. Please excuse me for being antisocial - Roddy Rich 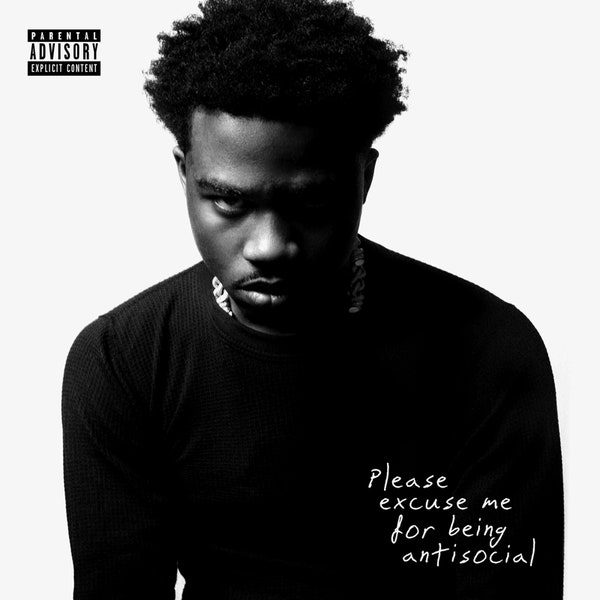 I thought this album was a good foray into modern rap and trap album releases with introspective routes that remind of J. Cole and Kendrick Lamar. This album spent four non-consecutive weeks atop the Billboard 100 and became the longest-running number one debut rap album since 2003.

I loved a lot of the more heartfelt and honestly more heart wrenching tracks like Gods Eyes, Prayers to the Trap God, and War Baby delving into the experiences of growing up black in America, income disparity, racial inequity, and the many perils that accompany that.

And family important, you just gotta embrace it

from “Prayers to the Trap God” which really reminds me of songs like “Family Business” from Kanye’s College Dropout reinforcing ideas of family really being an integral part of life. The song “War Baby” has a great gospel choir in it that really rivals something from Kanye’s “Jesus is King”. “War Baby” is a great way to end off the album and really showcases this idea of “where I started and now I reached this pinnacle”.

Promethazine ‘til the mornin’

Hope I don’t wake up tomorrow

Roddy’s singing on the album is as good as his rapping which doesn’t usually happen with a lot of rap albums.

The one thing I didn’t like about was the album was I didn’t like “The Box”,the album’s notable single that much. But that is more of personal preference. 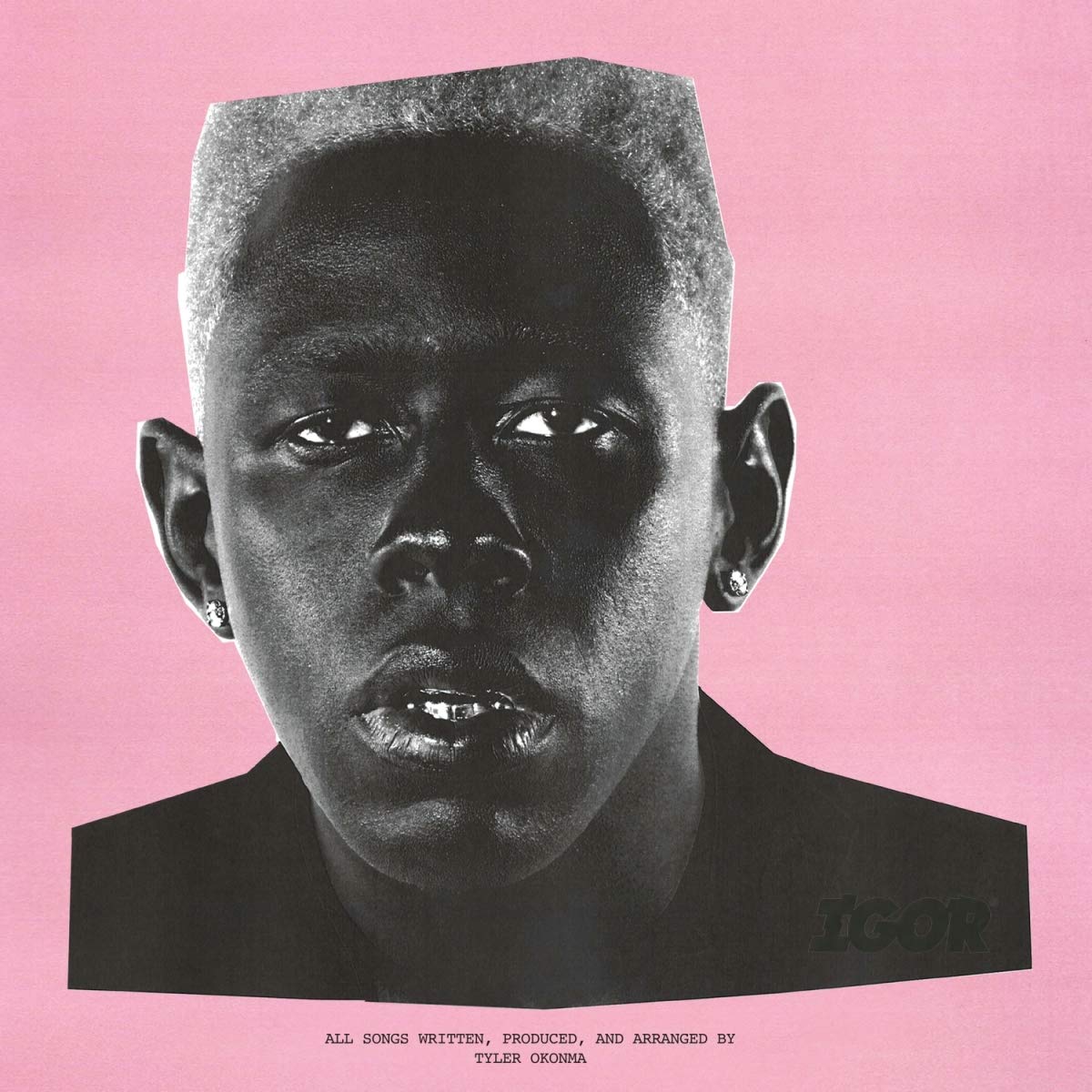 This album needs to be listened to front to back. I don’t see it making sense otherwise. This is an example of one of the albums I think lack so much context when listening to songs individually on a streaming site like Spotify.

Igor is a breakup album involving the main character’s male love interest. Themes of heartbreak and jealousy and loss of love float around in hip hop infused with funk and R&B.

“EARFQUAKE” was the breakout single from the album that everyone loved and I can see the mainstream appeal. I liked the melancholy “GONE GONE / THANK YOU” two part song where the song traditionally would be a sad song of having a lover leave, but it is the exact opposite and “I THINK” with the heart-wrenching chorus “I think I’ve fallen in love (Skate), This time I think it’s for real”.

Best tracks: EARFQUAKE, GONE GONE / THANK YOU, I THINK, NEW MAGIC WAND, RUNNING OUT OF TIME, I DON’T LOVE YOU ANYMORE, ARE WE STILL FRIENDS?, A BOY IS A GUN

2. Father of the Bride - Vampire Weekend 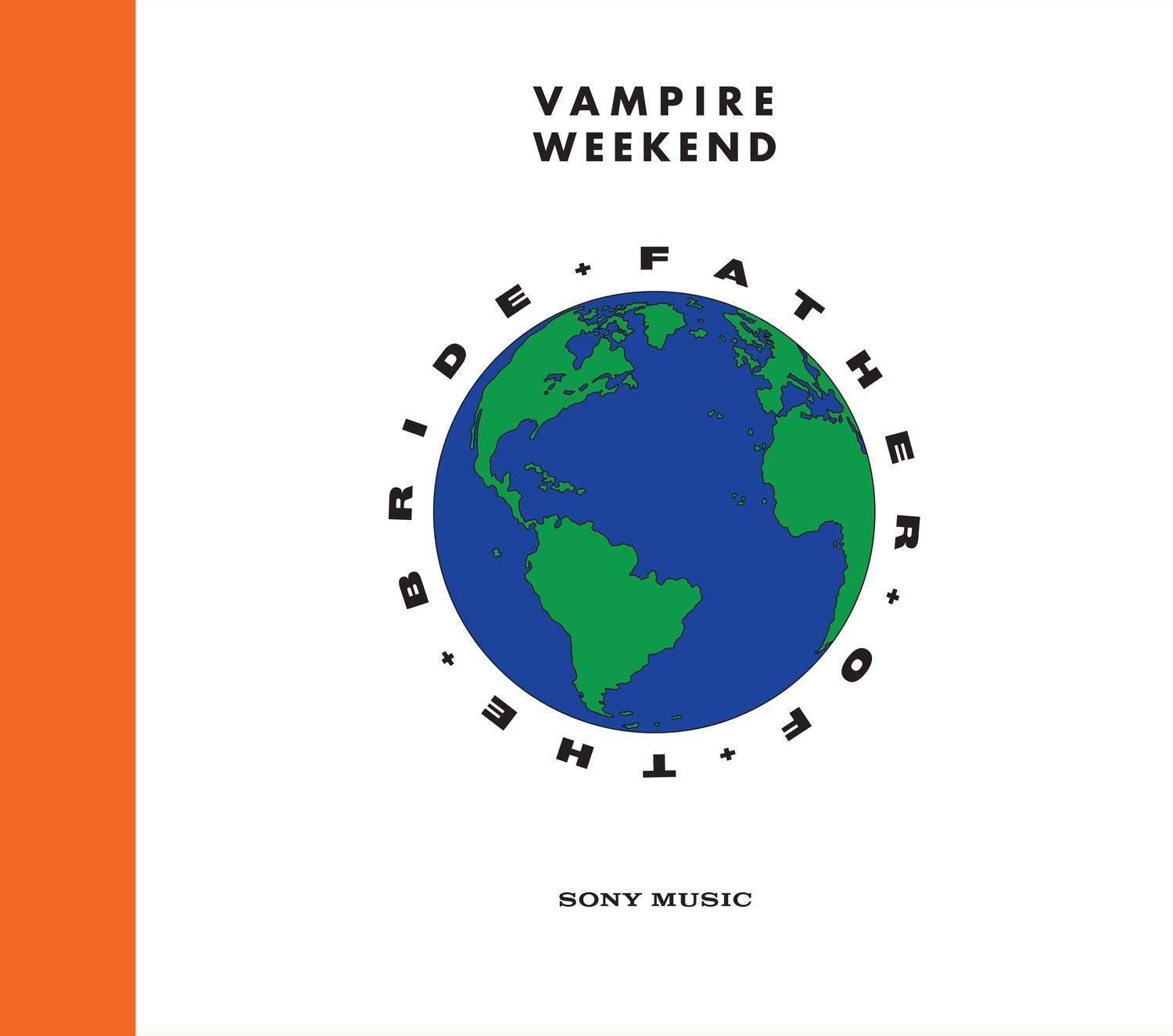 Imagine Chance’s “The Big Day” but now didn’t suck and was actually pretty good (and wasn’t rap but that isn’t a detractor). That’s why Vampire Weekend’s “Father of the Bride” is 2nd on my albums for 2019.

Focused around matrimony, love, heartbreak, and promiscuity, the album is an album centered around the themes and love of life, marriage.

Best tracks: Bambina, Hold you now, 2021, We belong together, This Life, How Long?, Harmony Hall 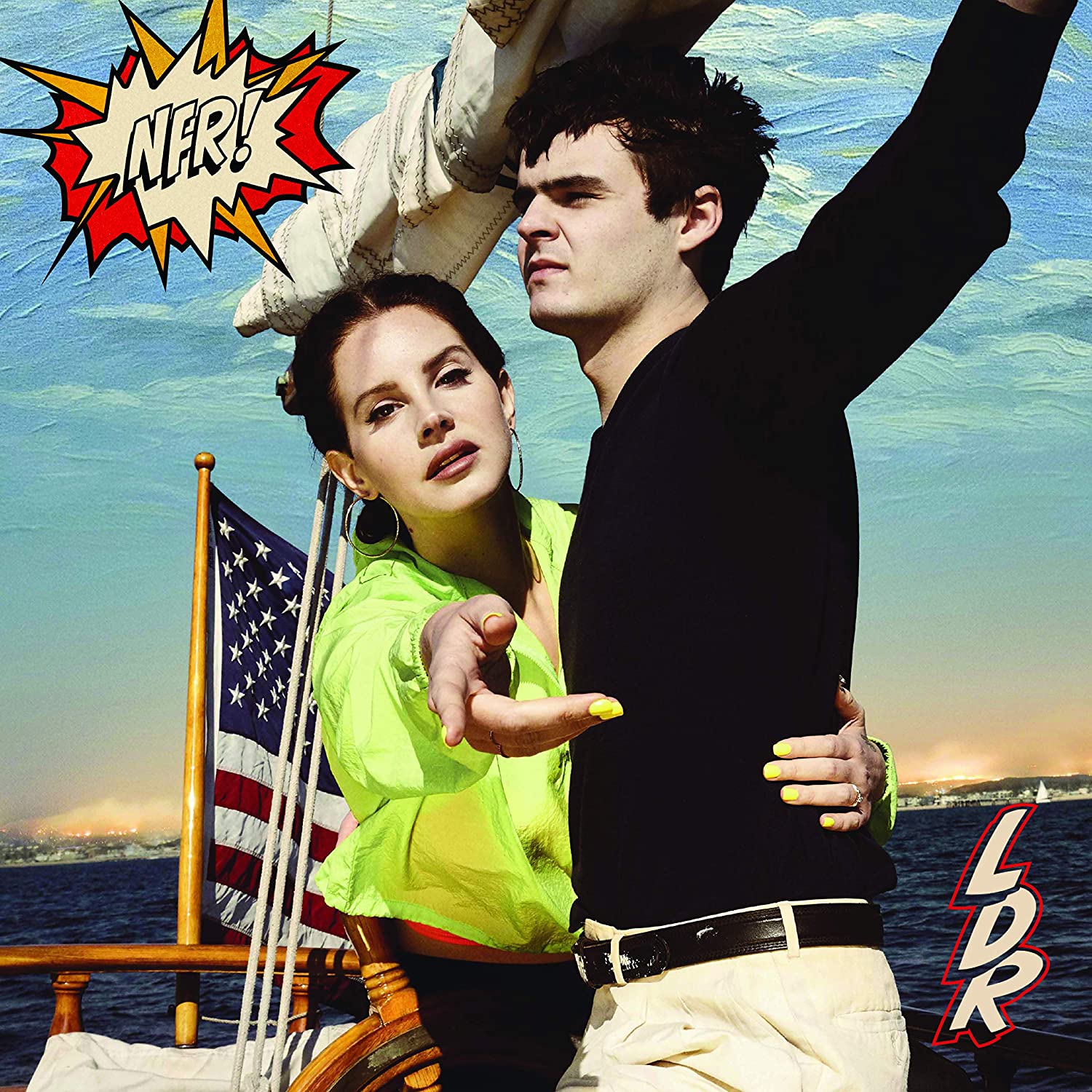 This album is fucking good. I didn’t find an album that painted both grand imagery of California with the despair and tragedy of a character like Lana’s in really anything up until this point. It has been almost her trademark sound that others have imitated to not as effective nature.

The album can be described with expansive sounds, gratuitous California imagery, and moody shifts. The album revolves around the depiction of her tragic character with undertones of a love not requited, forgotten, or in many cases just doomed from the start.

“Happiness is a Butterfly” has the line:

If he’s a serial killer, then what’s the worst

That can happen to a girl who’s already hurt?

which paints the clear picture of the tragic protagonist.

The album ends off with a song titled “hope is a dangerous thing for a woman like me to have - but I have it”, capping off the epic story of sadness riddles songs with renewed hope, which in context of the album’s songs only perpetuates the sadness of hope. The dichotomy of hope not being a beacon of shining light, but only more of the same. (of which was stated on the album).

Best tracks: Happiness is a Butterfly, Fuck it I love you, California, The Greatest, Love Song, The Next Greatest American Record, How to disappear, Venice Bitch, Cinnamon Girl, Doin’ Time